This will be a course on the representation theory of algebraic groups, and relations to the representation theory of symmetric groups. Reductive algebraic over finite fields and their algebraic closures are fascinating objects: one the one hand they look like Lie groups, but on the other hand they look like finite groups. Thus they mix two very different areas of mathematics. I will outline some of the basic theory, and then move on to questions of current interest.

Ting Xue’s lectures in the previous week will provide essential background. I will aim to point out connections to the modular representation theory of finite groups, as covered in Radha Kessar’s and Joe Chuang’s talks. Although not essential, some background in algebraic geometry (e.g. the first three chapters of Hartshorne’s “Algebraic Geometry”) will help with understanding latter parts of the course. 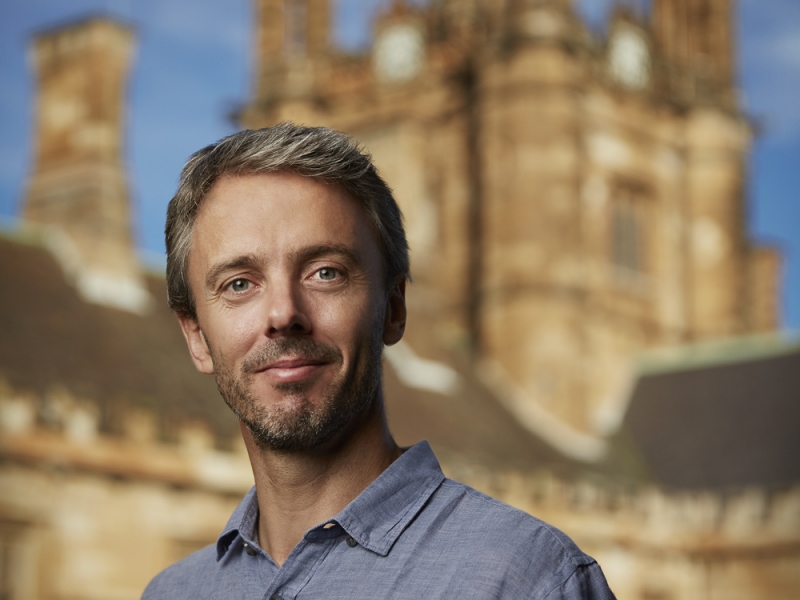 Geordie Williamson FRS FAA is Professor of Mathematics and Director of the Mathematical Research Institute at the University of Sydney.

Geordie grew up in the Southern Highlands of New South Wales, Australia. He was an undergraduate at the University of Sydney, and completed his PhD at the University of Freiburg in Germany. Following his PhD studies he was a Junior Research Fellow at Oxford for three years, and then an Advanced Researcher at the Max Planck Institute for Mathematics in Bonn. In 2020/21 he will direct a year long program at the Institute for Advanced Study in Princeton.